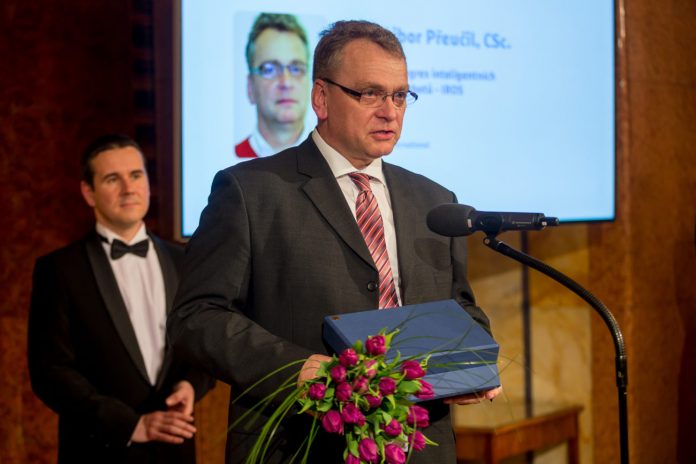 What gives an association the final push to decide towards one destination or another for their next conference? As important as high-tech convention centres, countless hotel rooms and easy accessibility are, blooming businesses, advanced expertise in various academic fields and a personal touch will always do the trick for associations. In a city like Prague, with all these ‘basic’ elements well covered, and so many intellectual and industrial treasures to be tapped into, who better to provide the personal element that the city’s own thought leaders?

Prague’s Ambassador Program started back in 2008, shortly after the establishment of the Prague Convention Bureau. A list of professors, scientists, researchers representing traditional sectors like medical sciences, education and social sciences was compiled with immediate successful results. In fact, as Roman Muška, Managing Director of Prague Convention Bureau, said: “The first congress ambassadors were awarded for their work in 2009 at the occasion of the Ambassadors Award Evening in spring 2010. Since that time, the list of our ambassadors, thanks to the collaboration of all local stakeholders has been constantly growing.”

In time, Prague has retained its traditional industries but also managed to keep up with the trends, becoming an important technological hub for Europe following the new innovation strategy of the Czech Republic for 2019-2030. Artificial Intelligence, Robotics, Information Technology and Civil Engineering are only some of the fields the Czech Technical University in Prague (CTU) focuses on. Ambassadors from the University have repeatedly promoted the city’s added value, showcasing key findings and ground-breaking innovation such as the 2011 award-winning pre-stressed fibre-concrete column for an acoustic wall and a solar-powered machine which produces from air.

Dr. Libor Přeučil, Head of the Intelligent and Mobile Robotics Laboratory at Czech Institute of Informatics, Robotics, and Cybernetics, was recently awarded for bringing the International Conference on Intelligent Robots and Systems (IROS) to Prague in 2021 within the Bureau’s Ambassador Awards Evening. Libor Přeučil welcomed the challenge of bringing such an important event to his country. “I’ve always been interested to be in touch with the robotics research community,” he said. “My selection for the General Chair of the IROS conference in 2021 is a logical consequence of my previous professional track, being one which belongs to the community. In my view, it is a great honor, but also a huge responsibility to succeed with this prestigious robotics-related event, that attracts 4,000 to 5,000 participants-scientists each year.”

In his role as an ambassador, Libor Přeučil  believes strongly in Prague’s potential in this field, especially when harnessing the power of collaboration and community spirit. “Good reasons for winning the destination proposal were manifold,” he continued. “Long-term involvement in the community through the European Robotics Network and its successors, contributing to previous international robotic events, as well as our international recognition through founding and running Intelligent and Mobile Robotics lab since 1993 at CTU. Naturally, good and long-term contacts and cooperation with other respected collegues and research labs worldwide did play its role as well.”

Effort That Pays Off

Such thought leaders are eager ambassadors for a city that supports their work. Prague Convention Bureau acts as a bridge between the state, the local scientists and the incoming delegates in order to create smooth events. The common goal is to help the local community sort through potential challenges in the relevant sectors, and that is a legacy worth investing time and money in.

Professor Zbyněk Škvor, Vice-Rector for Science, Creative Activities and PhD Studies at CTU, confirms that “our professors dedicate part of their life into bringing a conference here. It is a commitment they are making using the support of the Bureau. Some very good conferences of up to 400 people have been held on campus, using a direct line of our facilities, researchers and even students.” The LinuxDays taking place in Prague annually or the first run in Europe of the 2018 Human-Level AI conference were both successful cases of conferences using the university’s premises in order to link their event with hands-on activities at the source of the knowledge.

As Roman sees it, “Among the factors most motivating the ambassadors is still the possibility to get the local and international recognition of their association. By bringing the congress to the destination they have a higher chance to promote the results of their work and draw attention to issues related to the field of their expertise, both very important on international as well as on local level. If hosting the congress helped to resolve a local issue related to the specific field, I would consider that as the best example of leaving legacy for the destination.”