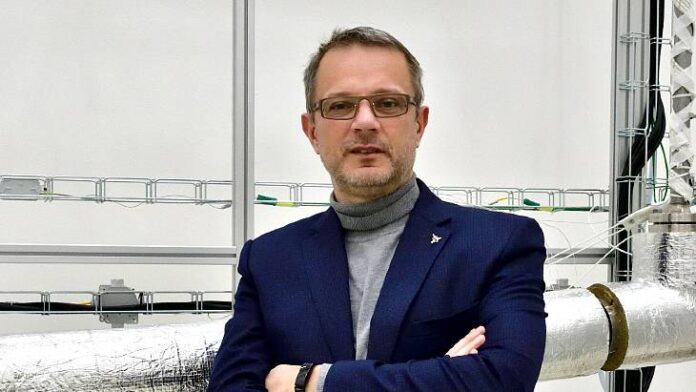 With soaring energy prices and a renewed need for energy security, Professor Radek Skoda from the Czech Technical University puts the case for an innovative nuclear-fuelled district heating system.

Almost every major city in Central or Eastern Europe has a system of combined heat and power stations that are fuelled by coal or natural gas. However, with increasing natural gas prices, and since the European Union is gradually moving away from coal as an energy source, those cities are eagerly looking for alternatives.

While it is technologically possible to make the transition from coal to natural gas, nowadays the heat is likely to be much more expensive as a result. Regardless of the Ukraine war, natural gas exploitation is also emitting greenhouse gases making it only a short-term solution, especially with the new European Union taxonomy.

As of the beginning of 2022, the EU started, following ‚Fit for 55‘, to move away from burning coal and many cities dependent on district heating were interested in switching to natural gas. Now, with the Ukraine conflict, with natural gas prices reaching new records, no fossil fuel seems to be an acceptable option for the winter heating season of 2022. Many cities like Prague or Brno have already started to increase heat prices for their customers by tens of per cent and it is not even the start of the heating season.

A team of Czech scientists at the University of West Bohemia (UWB) in Pilsen and the Czech Technical University (CTU) in Prague has come up with a novel solution to heat cities using irradiated nuclear fuel assemblies, which is likely to be more cost-effective and certainly an environmentally-conscious choice compared to the fossil fuels.

This irradiated fuel, still containing a lot of unused energy, cannot be used within current reactors and sometimes it is called „spent“, even though it rarely reached its design and burnup limits. The Teplator can upcycle and reuse these already irradiated nuclear fuel assemblies that are abundant in the countries currently operating nuclear power plants and do not need to be imported from any conflict region. The Teplator team, talking with private investors now, has filed patents for the concept and design of what it says is a very cost-effective alternative to coal and gas-powered plants. Focusing primarily on economics, even before the Ukraine crisis, the cost of heat from it was a fraction of the cost of heat from natural gas.

The Teplator does not provide only good economics. For many governments, the project based on the already purchased fuel is particularly noteworthy because it guarantees energy security, with little dependence on foreign nuclear fuel suppliers. The current situation especially in the VVER-440 nuclear fuel market, where several European countries seek to replace Russian fuel vendors, demonstrates how the security of fuel supply has become a key national interest.

Seeing by the „Industry 4.0“ popular concept of the circular economy, the Teplator is one of the few examples in the power sector allowing power stations to generate heat from fuel assemblies that otherwise would have to be stored and cooled at great expense for many years.

Fuel-wise, the countries operating nuclear power plants already have tens of thousands of irradiated assemblies ready, and the Teplator requires only 55 fuel assemblies per year when operating at the power level of 150 MW. For instance, it would be possible to heat all Czech large cities with above 100,000 inhabitants just from the reserves of used fuel already available today within the Czech Republic, from four operating nuclear reactors at the Dukovany nuclear power plant site. It is similar in its footprint to „mini“ nuclear research reactors already operating in major European cities such as Vienna, Prague and Munich. The type of nuclear fuel that the Teplator was optimised for is the well-proven VVER-440 assembly design and CTU came up with case studies for the major Czech cities, including Prague, Brno and Ostrava where the Teplator can be built outside of the city and connected to the already existing heating network.

The design is based on the Russian hexagonal VVER-440 fuel. However, it is possible to modify the design to use fuel assemblies from light water reactor fleets of boiling water reactor (BWR) or pressurised water reactor (PWR). Since it is designed to be a water heating nuclear system and not an electricity generation plant, the overall system design is much more flexible and simple compared with nuclear power plants. Hence, this simplicity in design presents an opportunity to adopt the fundamental Teplator design to operate with other spent fuel designs and geometries.

Professor Aghara, Director of the Nuclear Engineering Program and Associate Dean for Research at the University of Massachusetts Lowell has said that a modified Teplator design could also be an excellent option for central heating systems used in the New England region of the USA. The Czech team is working with UMass Lowell to investigate the possibility of using BWR fuel assemblies, for example from the recently decommissioned Pilgrim BWR plant at Plymouth.

The simplest version of the Teplator has been designed to operate at normal atmospheric pressure and a temperature below 100°C, requiring mostly standard technical solutions and materials. The majority of district heating networks require greater temperatures and the Teplator can provide temperatures up to 200°C and 150 MW power. The reactor is cooled and moderated by heavy water, making the system reminiscent of the well-proven CANDU technology. For process heat purposes there is even an early study for a Teplator variant with outlet temperatures up to 425°C; this one requires a different coolant and additional fuel tests though.

As peer-reviewed studies show, a single Teplator heat-only-reactor is expected to be between 42% and 55% more economic than a natural gas heater, depending upon the price of fuel and the carbon price, and such a unit – for example with natural gas back-up – could reduce carbon emissions by about 90%. Successful deployment would depend on achieving a regulatory model that considers the unit’s size, and passive features and has a predictable outcome, to reduce risk to operations at the host site.

The Czech studies conclude that the Teplator represents a „feasible alternative“ to coal or natural gas, with negligible dependence on any fuel supplier. The reduced cost of heating provided by the reactor can also provide opportunities for additional economic growth. Finally, upcycling of irradiated used fuel assemblies is an economic alternative to either nuclear fuel recycling or a common open fuel cycle.