The fields of cybernetics, systems engineering and human-machine systems are rapidly evolving thanks to the Internet revolution and the development of new breakthrough technologies. A new, virtual world has dramatically entered the scene, enhanced by incredible communication capabilities and massive data storage capacities, along with the exploration of artificial intelligence and machine learning, which has begun to strongly influence these three areas of engineering and research. In the last few years, we could observe new powerful interactions in the triangle of three worlds: the real world in which we live, work, travel, produce, etc., the virtual world full of zeros and ones, and the social world of the human community.

This triangle represents a completely new space for interdisciplinary research and engineering of large complex systems, a new field of research for the integration of communication, control, system architectures, optimization algorithms, modeling and simulation. These efforts require entirely new methods of analysis and design of technical, biological, ecological, socio-economic and human-machine systems. 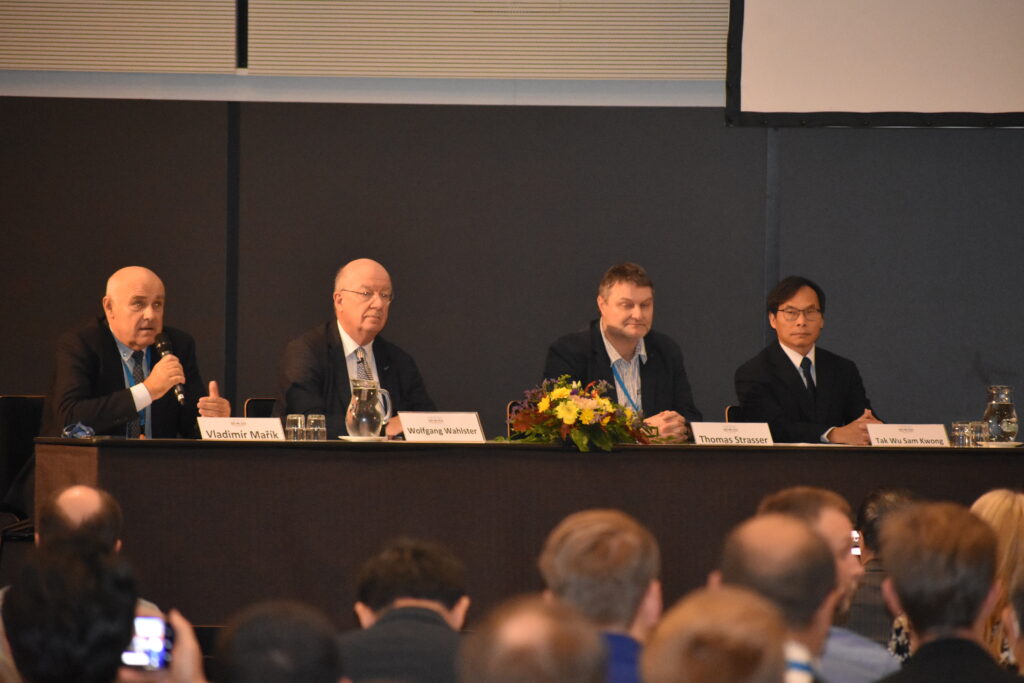 At the conference, keynote lectures were presented by prominent scientific experts:

A very important part of the IEEE SMC conference 2022 has traditionally been the BMI (Brain-Machine Interface) workshop with 25 papers, supplemented by a Hackathon, in which 34 teams from all over the world participated online and physically.

You can see photos from this important scientific event in the photo gallery: