Embedded systems group focuses on the synthesis and verification of safety-critical embedded systems. In our research, we develop tools that improve reliability and efficiency of powerful embedded computers both on software and hardware level.

A reliable computer platform is the basic cornerstone for a high-critical and high-performance application like autonomous driving. To lower the costs and energy consumption of such hardware, a tight integration of various computational units and processors is needed. The integration necessary introduces the sharing of expensive parts like memory controllers and data buses. The execution of applications on such a platform needs to ensure successful completion of all tasks with resource governor keeping in mind. We develop novel execution methods of computational tasks that efficiently cluster parts of the code that access the memory and a computational resource. Moreover, we develop state-of-the-art algorithms for energy efficient trajectory planning for car-like vehicles. We work with automotive industrial partners like Porsche to help them test their algorithms on our platform and to develop a pilot application for our methods.

Head of the group 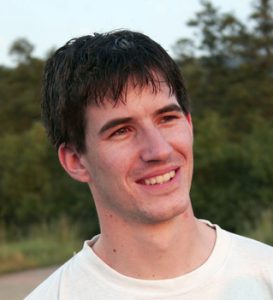 As embedded computers become more ubiquitous, it is not uncommon that a single device contains several of them. For example, modern cars contain about 70 different computers and this high number starts becoming a problem. The solution could be the use of multi-core platforms, where a single multi-core CPU can efficiently run multiple applications in parallel. With multi-cores, the challenge is to ensure that applications of different criticality do not influence each other similarly as when they run on separate computers. It must be guaranteed that non-safety applications cannot negatively impact computations and timing of safety functionality. The predictable performance is required, and it can be achieved by introducing a modified (real-time) execution model and modified policy on access to critical shared resources (like memories, caches and on-chip buses). To achieve a reasonable level of safety, it is not sufficient to ensure predictable performance, but one must also make the system secure, i.e. resistant against malicious activities and attacks. We study interactions between safety and security techniques to find trade-offs and synergies between the, so far quite separate, worlds of safety and security.

Reliability and bounded latency are critical for distributed real-time control networks such as CAN bus. We improved Linux kernel CAN subsystem and made its performance analysis for a large automotive OEM. We also work in the area of CAN bus security extensions. Furthermore, the area of our interests includes the creation of efficient schedules for both deterministic time-triggered fieldbus protocols such as FlexRay and TTEthernet. We analyze latencies and resource allocation from low levels like PCIe transactions up to admission tests in communication middleware based on contemporary scheduling theory.

Cluster scheduling respecting collision avoidance is a crucial issue in large scale IEEE 802.15.4/ZigBee with cluster-tree topology. The problem becomes harder to solve when time-constrained data flows with opposite directions are considered with the objective of minimizing the energy consumption of the nodes. Our group deals not only with designing energy-efficient cluster scheduling algorithms but also developing new joining mechanism, that defines the form of the cluster-tree topology, guided by the scheduling problem. The new joining mechanism will represent a revolution in this area, and they could substitute the inefficient Distributed Address Assignment Mechanism (DAAM) suggested by ZigBee.