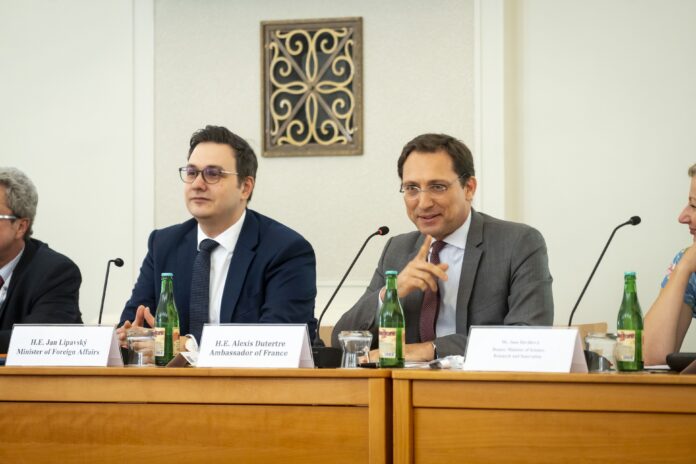 The two-day meeting of leading Czech and French researchers, developers and entrepreneurs focused on strategically important areas of artificial intelligence was opened by Foreign Minister Jan Lipavský on Monday 12 September 2022 at the Czernin Palace. The event was the result of several years of efforts by an international team consisting of representatives of the Ministry of Foreign Affairs of the Czech Republic, the French Embassy in Prague, the Czech Institute of Informatics, Robotics and Cybernetics of the Czech Technical University in Prague (CIIRC CTU) and the French Institute Inria.

One of the objectives of the Czech-French strategic partnership is to cooperate in favour of innovation and support startups. Prague and Paris also support the joint efforts of EU countries that want to be among the global leaders in the use of advanced digital technologies. The theme of the workshop was therefore, among other things, the use of artificial intelligence in line with open competition, preserving the protection of individuals and for the benefit of society. Speakers also addressed regulatory and ethical issues and the effective management of applied research for the needs of government, the private sector and the public.

„Digital applications help us modernise industry and create attractive job opportunities. Artificial intelligence is helping to improve our daily lives, for example in precision medicine, education, smart city and municipal governance and environmental protection. In line with the objectives of the Czech-French Strategic Partnership, we want to support in particular small and medium-sized technology companies and start-ups,“ said the foreign minister Jan Lipavský. 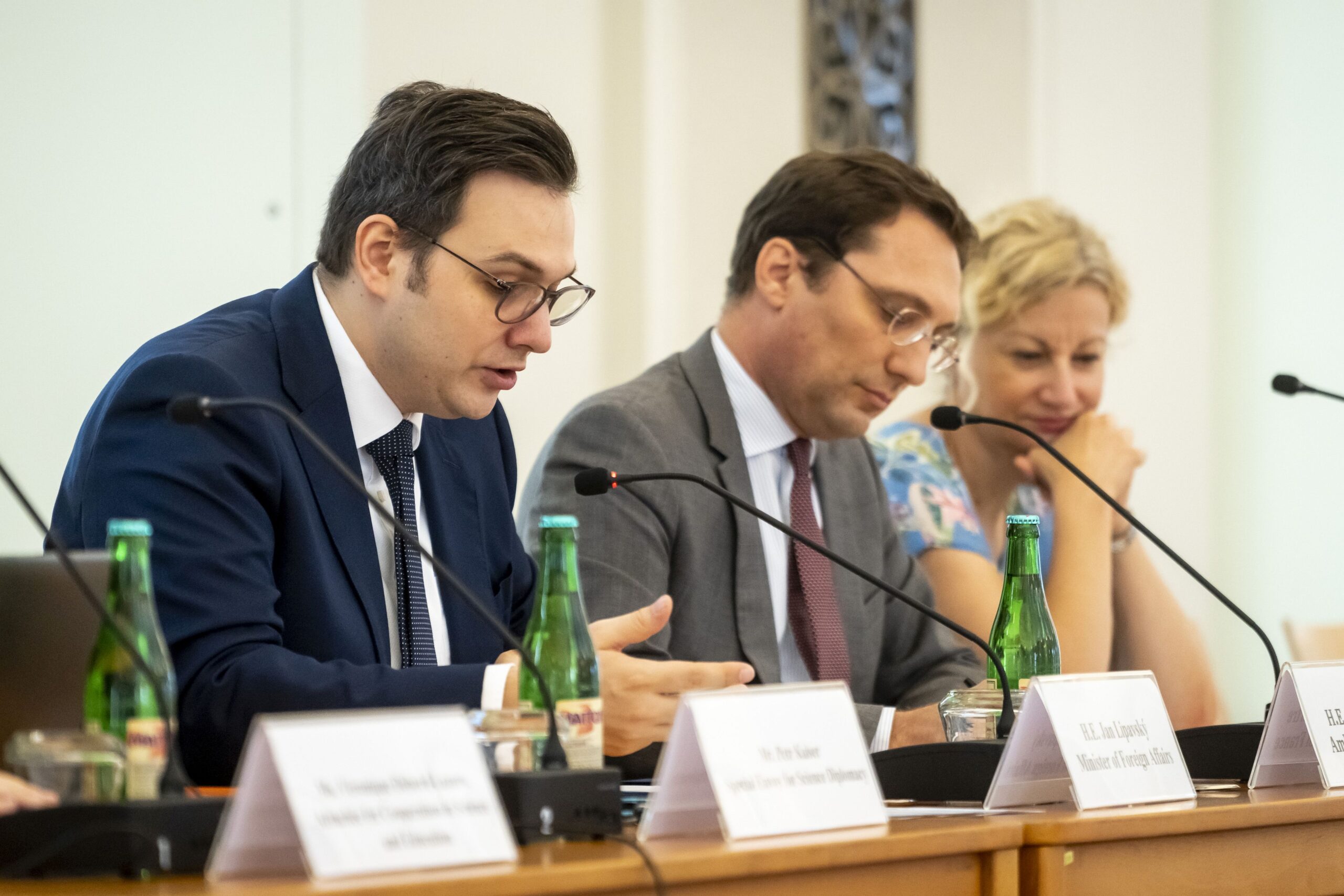 France and the Czech Republic are both aware that artificial intelligence has a formidable transformational potential with broad social, economic, national security, and geopolitical implications, but also comes with significant challenges. „To tackle them, we have adopted national strategies in lien with the EU approach on AI and have taken the responsibility during the French and Czech EU Council presidencies, to promote our European sovereignty and EU legal framework with an ecosystem of trust and excellence for AI: this requires a risk-based approach on AI applications, and a support for innovation and skills,“ pointed out H. E. Alexis Dutertre, Ambassador of France to the Czech Republic, adding: „By supporting the strengthening of Czech-French cooperation and paving the way to increased EU partnerships, the workshop will contribute to reaching this objective.“

„We have wanted to organise a Czech-French workshop on artificial intelligence for a long time, not only because of the Czech Presidency of the EU Council. We wanted to show what has already been achieved and at the same time initiate new collaborations. For example, CIIRC CTU cooperates very intensively with French institutions. We are creating great opportunities and our scientists are working on really cutting-edge research. And on the other hand – we are a reliable partner that delivers results and enriches the research of foreign partners. I believe that today’s meeting will also give new impetus to the implementation of a number of ideas and goals that have so far been more on paper in the form of the National Strategy for Artificial Intelligence,“ added Professor Vladimír Mařík, Scientific Director of CIIRC CTU. 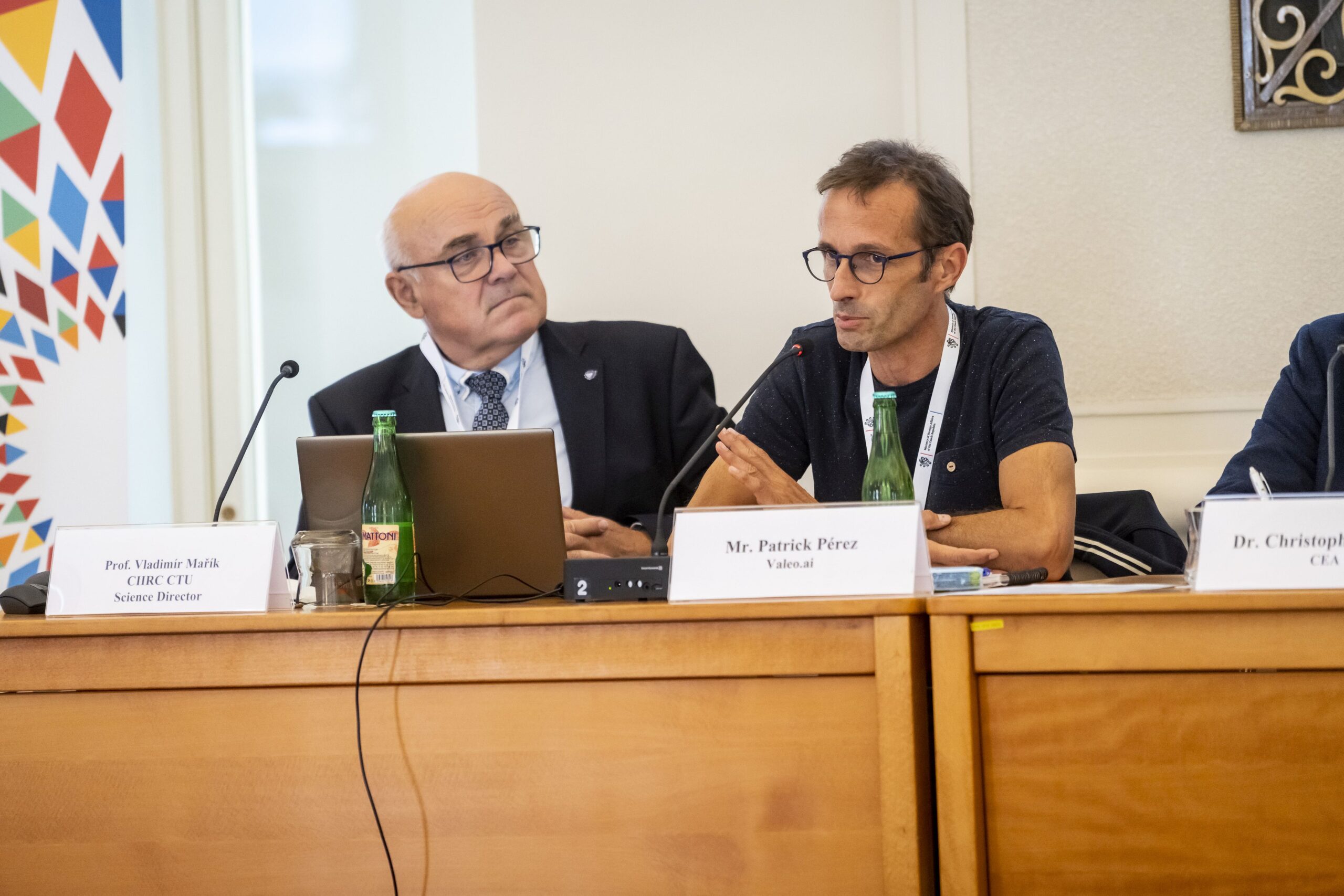 „Our long-term cooperation with the Inria Institute and other centres shows how valuable it is to be able to involve our scientists in cutting-edge research at a truly European, as well as global, level“, explained Josef Šivic, an expert in computer vision and machine learning, who leads the IMPACT and ELISE projects at CIIRC CTU, directs the ELLIS Prague research branch, and is the chairman of the AICzechia initiative. “ The workshop was also a great opportunity to showcase that the Czech Republic has world-class research in the field of AI with the potential for global impact.“ 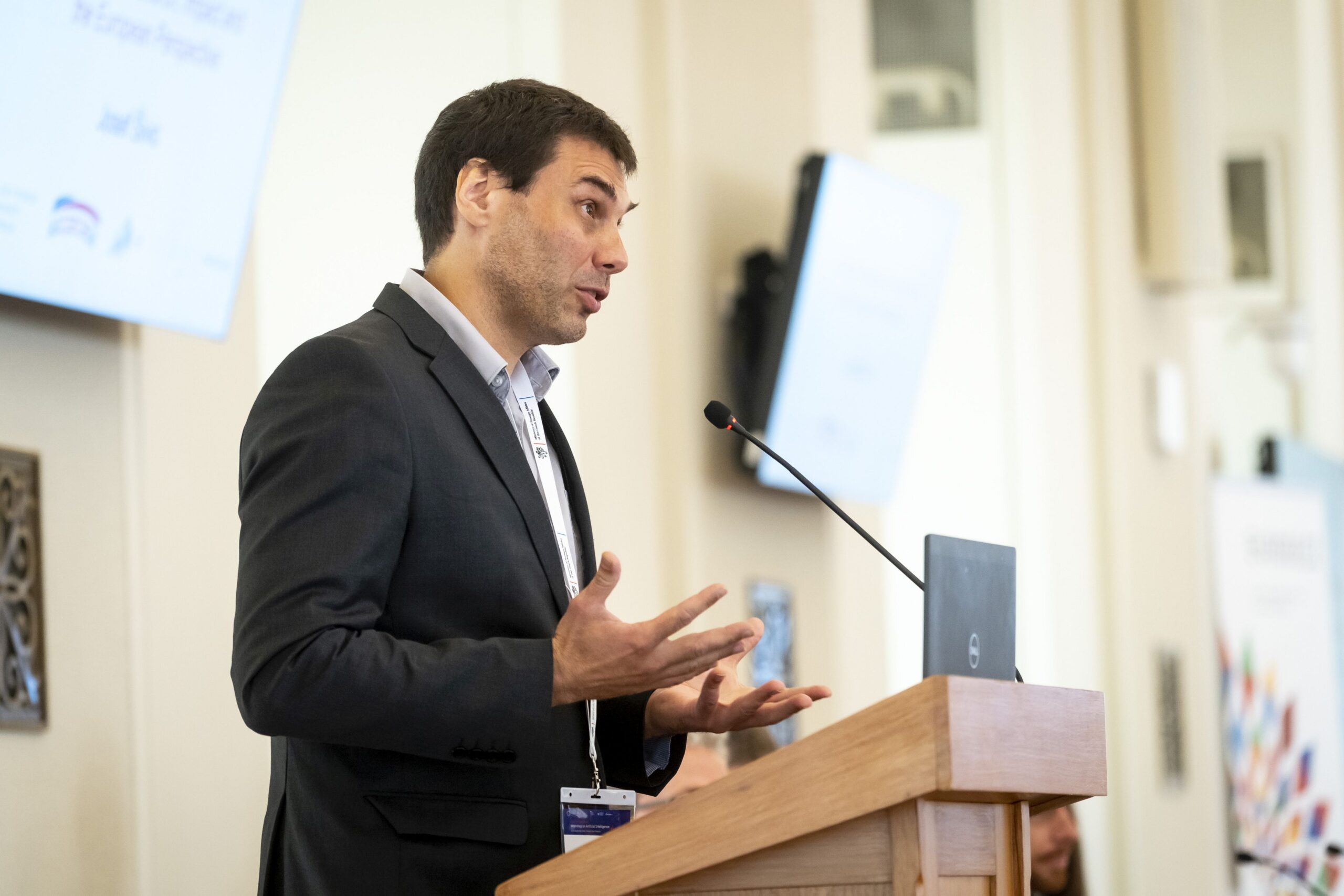 The two-day meeting was jointly prepared by the Ministry of Foreign Affairs, the Embassy of France in Prague, the French National Institute for Research in Digital Science and Technology (INRIA) and the Czech Institute of Informatics, Robotics and Cybernetics (CIIRC CTU).  The event featured a number of leading Czech and French researchers in key areas of AI and innovative entrepreneurs. The event was supported by a broad ecosystem of European institutions, projects and networks focused on AI: Paris AI Research Institute (PRAIRIE), the Research and Innovation Centre for Advanced Industrial Production (RICAIP), the projects on the European AI Networks of Centres of Excellence VISION and ELISE, as well as funding from Intelligent Machine Perception Project IMPACT.