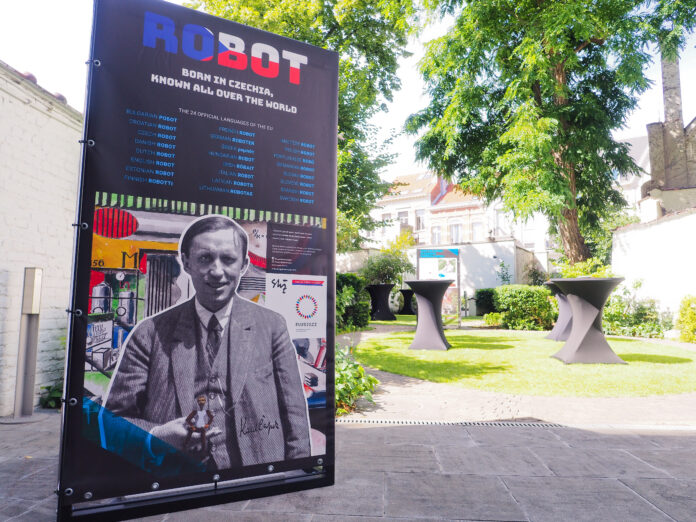 The Czech presidency of the Council of the EU is associated with a number of opportunities also in terms of familiarizing the European public with Czech science and cultural heritage. The Czech word ROBOT conquered the world 100 years ago, and in this context Karel Čapek Memorial in Stará Hut prepared an exhibition presented in the Prague House in Brussels. Our robotics institute with the world-award-winning chatbot Alquist and other applications could not be missing there.

„The outdoor as well as the interior version of the exhibition ROBOT: Born in Czechia, known all over the world remind not only of the worldwide success of Čapek’s visionary play R.U.R., in which robots first appeared on the stage, but also of the current successes of Czech robotics – from a supremely conversing chatbot Alquist and the tireless mason from CIIRC CTU through chemical robots from VŠCHT to military robotics applications, all accompanied by links to illustrative videos,“ says Dr. Zděněk Vacek, director of the Karel Čapek Memorial. 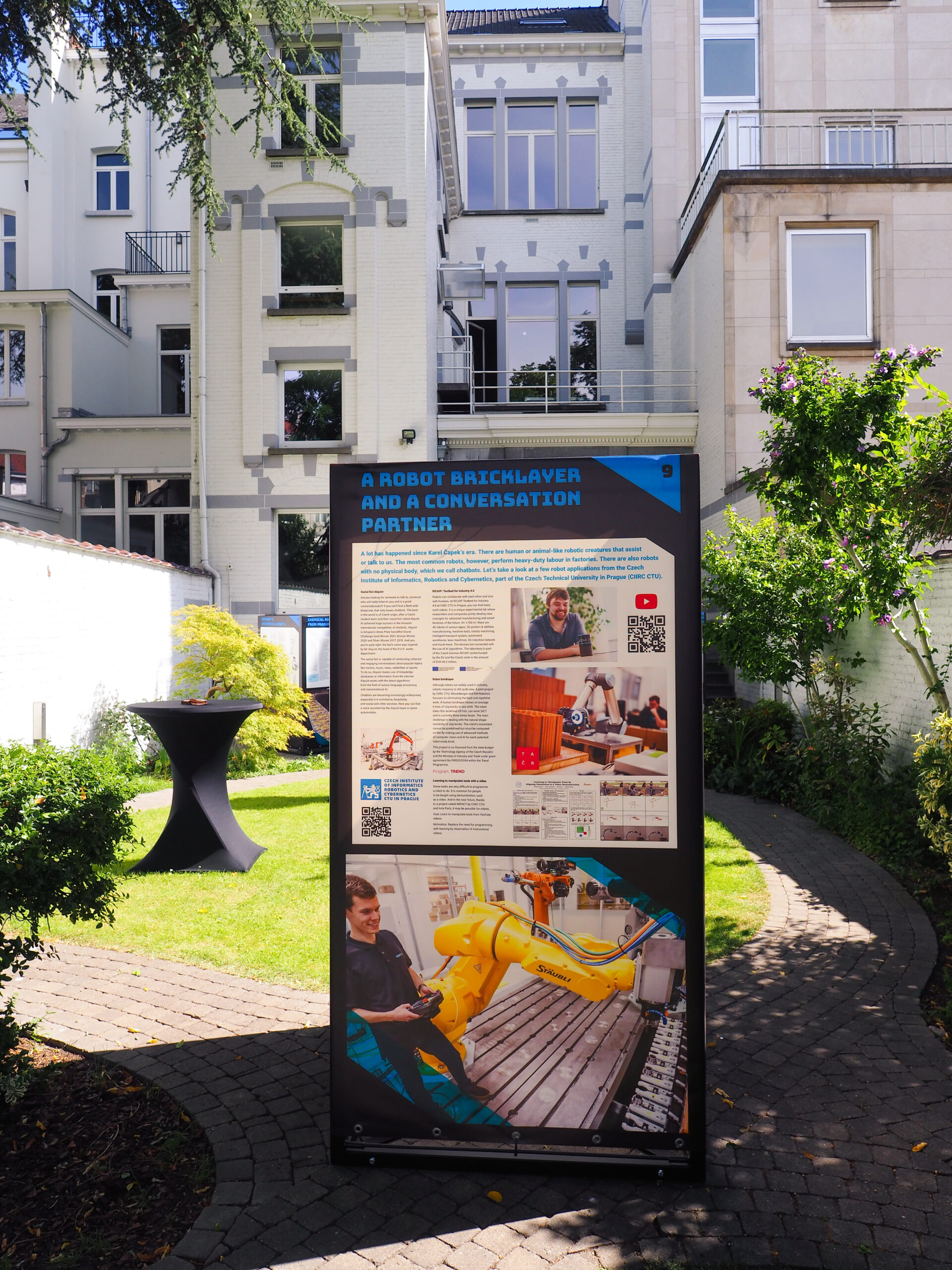 The exhibition was viewed by diplomats in the garden of the Prague House in Brussels. Its other version was presented by the monument at the residence of the ambassador of the Czech Republic to the EU. Vacek reminded that the word robot is used in all 24 official languages ​​of the EU, although sometimes in a slightly different form. The outdoor and indoor versions of the exhibition will be presented in other places in Brussels as part of the Czech presidency, and in the future the Central Bohemian Region wants to present it in other countries as well.