Mařík received the Manager of the Year 2018 award mainly for his efforts to apply modern methods of organization and management. „It was and it is my intent to build a university institute of a new type respected in the international science arena and beneficial for the development of the Czech economy,“ he said commenting on the reasons of why CIIRC was established.

Overview of all awarded managers in all categories can be found here. 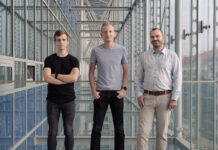