After the grant of the European patent (April 2020)  the scientists from the Czech Institute of Informatics, Robotics and Cybernetics of the Czech Technical University (CIIRC ČVUT) and the Institute of Physics of the Czech Academy of Sciences (FZU AV ČR) obtained an American patent for the same invention and thus have access to the largest nuclear market in the world. In all 94 nuclear reactors in the United States  a patented method of protecting the surface of fuel cells from corrosion, which will extend the life of fuel cells under both emergency and standard conditions, could be used.

Innovative solutions were patented in the Czech Republic by Radek Škoda, Jan Škarohlíd (then for the Faculty of Mechanical Engineering of the Czech Technical University) and Irena Kratochvílová, František Fendrych, Andy Taylor (for the Institute of Physics of the AV CR) already in 2015.

„The unique solution is based on covering the surface of fuel cells with a thin polycrystalline diamond layer. A very thin layer of diamond nanocrystals significantly worsens the conditions for corrosion of the zirconium substrate in a nuclear reactor, even by tens of percent. The anti-corrosion effect of a polycrystalline diamond coating is very specific: in addition to limiting the direct contact of the metal substrate with the environment, carbon penetrates from the diamond layer into the substrate with increasing temperature and changes its physical and chemical properties. This reduces the probability of zirconium corrosion and water penetration, resp. hydrogen to the zirconium surface. The solution works at both standard and emergency temperatures, „explains as. prof. Irena Kratochvílová from the Institute of Physics of the AV CR.

The nuclear accident in Fukushima was an inspiration for research in this area. The patent was supported by further research and extensive tests within the TA CR project in cooperation with the American company Westinghouse. Researchers applied for a U.S. patent in 2016, and in February 2021, the patent was confirmed by the U.S. Patent Office (USPTO).

„The United States is the country with the largest market for nuclear fuel, because it produces about 30% of the world’s“ nuclear „electricity and the country has the most nuclear reactors in the world,“ says as. prof. Radek Škoda, one of the authors of the patent, which works at CIIRC ČVUT. „Obtaining an American patent was an important milestone for us. This gives us the opportunity to apply our patented solution in this important market as well. „ In the USA, there are now 94 nuclear reactors (and 2 under construction) in operation at nuclear power plants with a total output of almost 100,000 MWe. All these nuclear reactors are of the so-called light water type, where improvements protected in a recognized patent can be used.

The primary goal of the research was to reduce or prevent high-temperature oxidation of zirconium in emergency situations with temperatures above 800 ° C. During this exothermic reaction, a huge amount of heat is released, but also hydrogen, which can explode, corroded zirconium rods can crack and release radioactive substances into the primary circuit. The release of heat also further complicates the cooling of the core and enhances the further course of high-temperature oxidation of the zirconium alloy. According to the patent, this type of corrosion of zirconium alloys is reduced by covering the outer surface of the nuclear fuel with a protective layer consisting of a polycrystalline diamond layer.

Further research has confirmed the considerable potential of this solution even at reactor operating temperatures, thereby extending the service life of the fuel, which is typically removed from the reactor due to the corroded surface and not sufficient combustion. The solution thus significantly reduces the environmental burden. 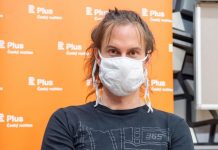 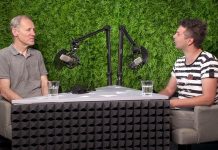 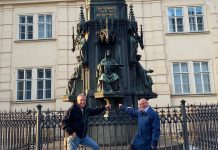 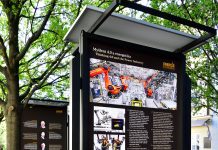