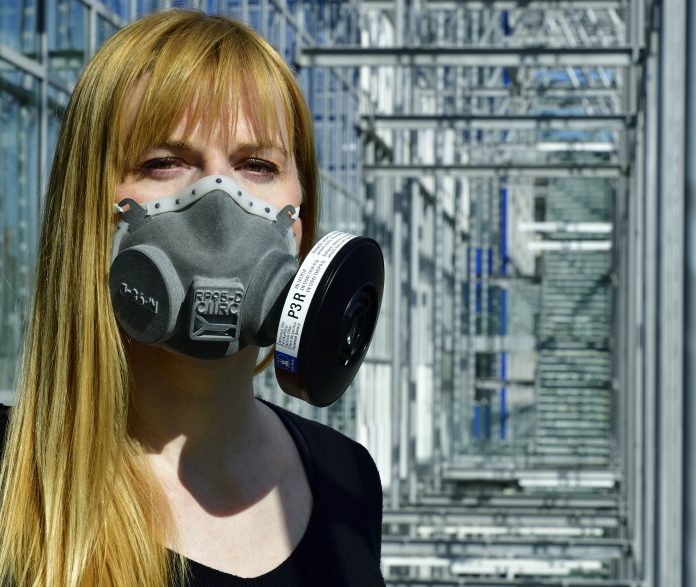 The Czech Institute of Informatics, Robotics and Cybernetics, part of the Czech Technical University in Prague (CIIRC CTU), handed the first fifteen “CIIRC RP95-3D” respirator prototypes to the Czech Ministry of Health to be tested directly in hospitals. The final model was successfully certified as a half-mask with FFP3 safety level on Friday March 20. It was tested directly by the Na Homolce hospital staff during their work over the weekend. Production of the mask on special 3D printers can begin. Today marking the occasion, Minister of Health Adam Vojtěch signed a memorandum about cooperation. The aim is to deliver as many pieces as possible, mainly to hospitals. The whole process is being coordinated in cooperation with the CzechInvest government agency which has among others helped to significantly speed up the process of receiving certification for this advanced respirator.

CIIRC CTU began the development of this protective device a week ago. Testbed for Industry 4.0 team, with a research infrastructure that is an integral part of the European Centre of Excellence RICAIP, focused on developing a 3D printable respirator using the MJF (MultiJet Fusion) technology. What under normal circumstances takes months, was solved in seven days.  In close cooperation with the CzechInvest government agency and other partners it was possible to prepare the CIIRC RP95 model which received certification as a protective FFP3 class half-mask with exchangeable external filters. The mask can be used repeatedly and can be printed on 3D printers anywhere in the world.

“CTU is working on several programs that will help with solving the current crisis. We are developing and we will be producing lung ventilators, full face masks FFP3 class, we are developing a robot to automate coronavirus PCR tests, we are mixing large amounts of disinfection for rescue workers and we have developed a respirator that has better protection than FFP3 level which we are about to start the production of,” says CTU rector Vojtěch Petráček.

“The goal from the beginning was to come up as fast as possible with a completely professional product that would be fully functional and will satisfy strict standards”, says prof. Vladimír Marik, Scientific Director of CIIRC CTU. “Our intention was to contribute towards solving the current crisis. We have succeeded thanks to the extraordinary commitment of a team of top researchers, technological equipment, but also due to inventive approach to problem solving. ”

“We welcome the protective mask developed in CIIRC CTU. It is a solution that can help protect the most vulnerable workers in the field. We have agreed with CIIRC CTU and with the involved suppliers that by the end of the week they will deliver 600 pieces of these masks to us,” says Minister of Health Adam Vojtěch and indicated what the signature of the memorandum means. “It will be 500 pieces a day from the beginning of April. At the same time they are developing a way to increase the production capacity up to ten thousand pieces a day. All of the subjects involved are working on a voluntary basis, we will be covering only the material for the 3D print.”

Today’s memorandum about cooperation was signed by the Minister of Healthcare, Adam Vojtěch, and CTU rector, Vojtěch Petráček, with a CTU-cooperating start-up company, Trix Connections, that has been put in charge of securing cooperation with production companies, the same way  it is common at many foreign universities, and to successfully transfer the research to production.

“We are happy that we have successfully completed the first step. We have succeeded in preparing a model that will enable a quick use,” says Dr. Pavel Burget, Head of Testbed for Industry 4.0, and adds: “We are cooperating with a number of partners in launching the production right away. Škoda Auto provided their production capacity over the weekend and printed the first trial run. 3D Tech company helped with the development of a form for the silicone seal. 3Dees Industries prepared the production set and helped with prototype series.”

The CzechInvest agency succeeded in contacting the external filter manufacturer, the Czech company Sigma Group from Lutín. Over the weekend CzechInvest CEO, Ing. Patrik Reichl, personally delivered the first set of filters to the CIIRC CTU team.  “The Sigma Research and Development Institute in Lutín produces filters with a universal screw-thread to which the half mask is adjusted. From our point of view it is very important that it is a domestic manufacturer. We will coordinate further steps with the management of the company to ensure that adequate supply is available. ”

“During the development of the mask we had to solve a number of problems and it was helpful to be able to consult them with other experts. For instance, to optimize the silicone exhalation valve we were joined by a team lead by Dr. František Mach from the Faculty of Electrical Engineering at the University of West Bohemia in Pilsen,” said Ing. Alexandr Lazarov from CIIRC CTU 3D laboratory.

Given the fact that the MJF technology is available only at a limited number of facilities in the Czech Republic, the researchers are now focusing on developing a version of the respirator suitable for mass production via injection moulding. This will increase the production capacity and greatly expand the range of companies that will be able to engage in the production.

„Our next job in the coming days is to complete the prototype for the mass production,” says Dr. Vít Dočkal, head of CIIRC CTU Project Office, and adds: “We believe that with this new version we can achieve production of almost 10,000 pieces a day.” The Czech Society of Cardiology will be part of the further development of the mask.

Further information are available at www.ciirc.cvut.cz/covid.