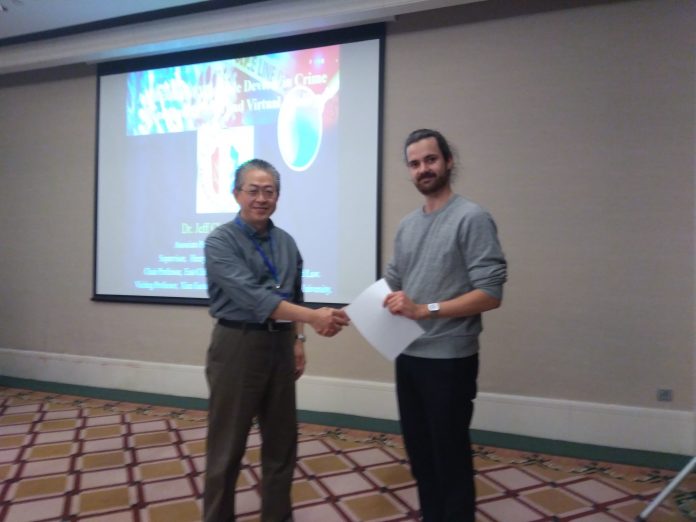 Paper “Evolving Structures in Complex Systems”, authored by Hugo Cisneros, Josef Sivic and Tomas Mikolov received the Best Student Paper Award at the IEEE Symposium on Artificial Life as a part of the IEEE Symposium Series on Computational Intelligence (SSCI) 2019 that took place in Xiamen, China from December 6th to December 9th 2019.

The current success stories of artificial intelligence (AI), such as automatic translation or autonomous driving, rely on developing specialized algorithms trained from large amounts of carefully annotated data. This paper makes a step towards systems  that are adaptable  and  capable  of developing and evolving on their own, which is a major challenge that might  be  crucial  for  eventually  developing  AI  with  general learning  capabilities.

The main idea of the paper is to measure the rate of complexity growth in cellular automata by measuring how many new patterns emerge during the evolution of the system. For example, a system that produces only chaotic, unpredictable noise does not score well on this metric, as there is no growth of identifiable patterns. On the other hand, systems that achieve the highest values of the emerging complexity growth exhibit a wide range of interesting behaviors. Some of them are similar to the famous Game of life, but others exhibit complex, interesting behaviors that has not been studied before – and look like some sort of artificial, mathematical form of life.

Hugo Cisneros is a PhD student in the IMPACT project, studying at ENS Paris, and splitting his time between CIIRC in Prague and Inria Paris. Josef Sivic is a distinguished researcher at CIIRC CTU and senior researcher at Inria in Paris. Tomas Mikolov is currently a research scientist at Facebook AI and will be joining CIIRC CTU next year.

IEEE Symposium on Artificial Life brings together researchers working on the emerging areas of Artificial Life and Complex Adaptive Systems, aiming to understand and synthesize life-likesystems and applying bio-inspired synthetic methods to other science/engineering disciplines, including Biology, Robotics, Social Sciences, among others. The Best Student Paper Award is sponsored by Wolfram Research, Inc. and was awarded to the paper with the highest cumulative reviewers’ score.