The Czech version of Forbes – the world magazine concentrating on business, money and success – ranked Honza Pichl in the selection of 30 talented Czechs under 30 who, according to this magazine, excel in their field and change the world around them. 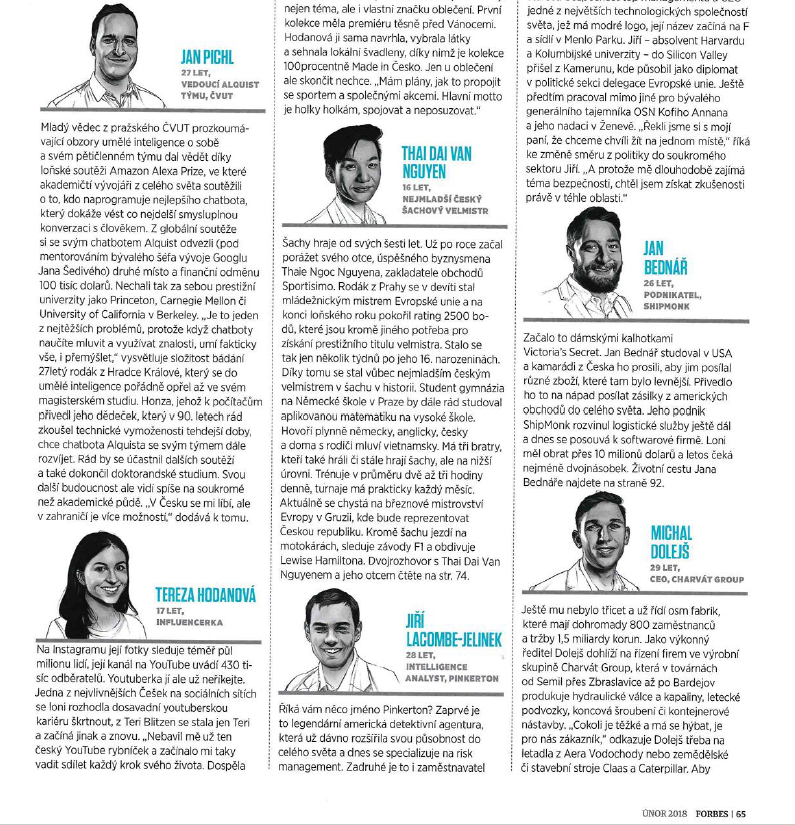