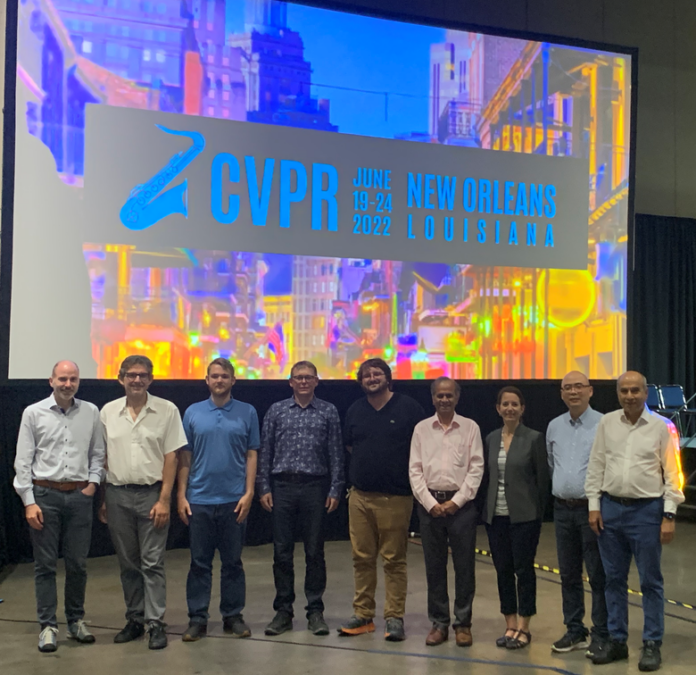 The paper „Learning to Solve Hard Minimal Problems“ by co-authors Petr Hrubý (ETH Zurich), Timothy Duff (University of Washington), Anton Leykin (Georgia Institute of Technology) and Tomáš Pajdla (CIIRC CTU) received the Best Paper Award at the CVPR conference. Along with ICCV and ECCV, CVPR is one of the most prestigious scientific conferences in the field of computer vision; according to the Google Scholar scientific impact metric, it belongs to the top 4 together with Nature, NEJM and Science. If we want to compare it, being awarded the Best Paper at this conference is similar to winning a movie Oscar. Tomáš Pajdla, who works at the Czech Institute of Informatics, Robotics and Cybernetics (CIIRC) of the Czech Technical University, is the fourth best Czech computer scientist according to the Research.com Ranking.

The IEEE/CVF CVPR 2022 (Conference on Computer Vision and Pattern Recognition), which took place at the end of June in New Orleans, ranks among first-class scientific events. The overall acceptance rate for submitted papers is 25 percent, and the prize-winning paper „Learning to Solve Hard Minimal Problems“ was selected as the best by a renowned scientific committee among more than 8,000 submitted papers. 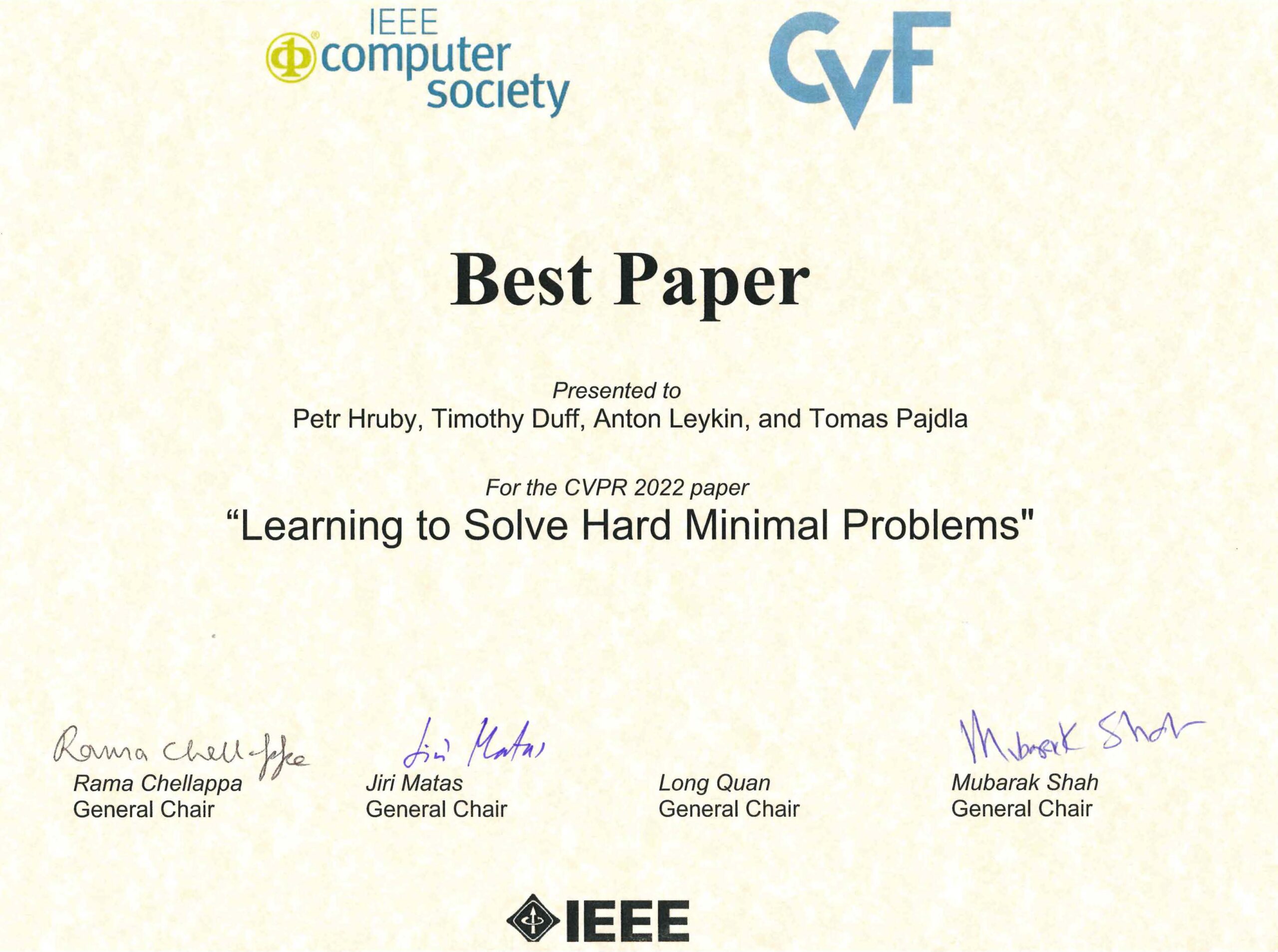 The winning contribution by co-authors Petr Hrubý, Timothy Duff, Anton Leykin and Tomáš Pajdla presents an approach to solving hard geometric optimization problems within RANSAC. The main idea is to use machine learning methods to speed up the calculation of solutions to systems of polynomial equations and its effective implementation in the field of minimal problems in computer vision. We find computer vision in applications everywhere around us, where it is necessary to recognize the three-dimensional world using an image, i.e. in online maps, smartphones or autonomous driving.

„I consider it a great success that we managed to win the main prize at a conference like CVPR among several thousand high-quality scientific papers. For myself, I see it as important that my home institution CIIRC CTU is trying to create conditions for world-class scientific work in the long term. It was crucial that we at CIIRC managed to obtain funding for basic research through the OPVV IMPACT project, which is led by Dr. Josef Šivic. The IMPACT project allowed us to really focus on basic research. I would also like to thank Zuzana Kúkelová from the FEL CTU for her valuable comments that helped us succeed at CVPR 2022,“ says Tomáš Pajdla.

„Tomáš Pajdla, together with his colleagues Josef Šivic, Torsten Sattler and Josef Urban, are among the best Czech scientists (all of them are among the Czech top 15 in the field of computer science), and thanks to them, the Czech Institute of Informatics, Robotics and Cybernetics of the Czech Technical University ranks among the top scientific workplaces in the field of computer science and computer vision, including on a global scale,“ adds the scientific director of the CIIRC CTU, prof. Vladimír Mařík.

Tomáš Pajdla is the co-author of the paper awarded with the Marr Prize Best Paper Honorable Mention at ICCV 2021 called Viewing Graph Solvability via Cycle Consistency, and the Best Student Paper Award at ICCV 2019 – PLMP – Point-Line Minimal Problems in Complete Multi-View Visibility. In September 2022, the international conference 3D Vision 2022 will be held in Prague, Tomáš Pajdla is one of its General Chairs along with Zuzana Kúkelová and Torsten Sattler.