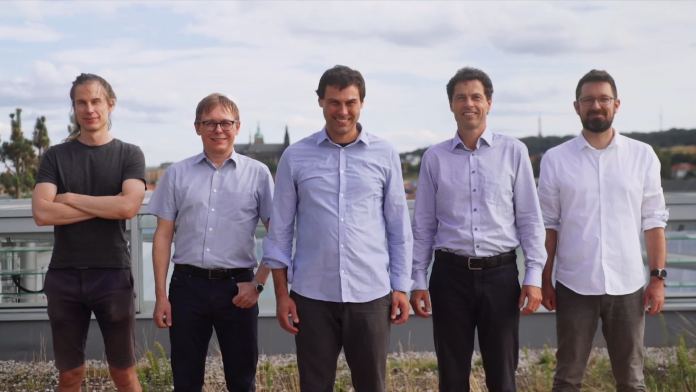 At a virtual event on Tuesday, the European Laboratory for Learning and Intelligent Systems presented the broad scope of research its units will cover in the field of modern AI.

The European Laboratory for Learning and Intelligent Systems (ELLIS) today inaugurated 30 research units at a virtual ceremony. Spanning 14 European countries, the ELLIS network includes several world-class institutions (see a full list of units below). The ELLIS units will make a decisive contribution to securing Europe’s sovereignty and leadership in the research field of modern AI.

“Today, we celebrate the momentum that the ELLIS initiative has gained since it was founded just two years ago,” said Bernhard Schölkopf, co-founder of ELLIS and Director of the Max Planck Institute for Intelligent Systems in Tübingen, Germany, which will also be home to an ELLIS unit. “Since the first 17 units were announced at the end of 2019, we’ve added 13 more to the network. With their combined strengths, the units will contribute to enabling Europe to compete with the world’s AI hotspots, particularly the US and China. Together, the units are creating new opportunities for collaboration with scientists across Europe, and a strong foundation for developing AI that is in line with the values of open European societies.”

The Czech “ELLIS Unit Prague” brings together three researchers – Josef Šivic, Josef Urban and Robert Babuška – who came to CIIRC CTU from France and the Netherlands under the Czech “come from abroad” program to build new research teams in different areas of artificial intelligence. The first two are also recipients of the prestigious ERC grants. The Czech ELLIS Unit further brings in Tomáš Pajdla, ELLIS fellow and head of the Applied Algebra and Geometry Group at CIIRC CTU, Tomáš Mikolov, who has recently come to the Czech Republic and CIIRC CTU, after having research positions at Facebook and Google, to investigate general artificial intelligence, and Torsten Sattler, who has recently joined CIIRC CTU from Sweden and is focusing on computer vision. These internationally recognized researchers and their research teams will form the basis for active collaboration within ELLIS as well as other research teams in the Czech Republic. The objective is to create an environment that will further attract outstanding researchers in artificial intelligence to the Czech Republic.

“Being part of ELLIS is a great opportunity for the Czech Republic and a recognition of our work,” explains Josef Šivic, member of the ELLIS Board and Director of the ELLIS Unit Prague.  “CIIRC CTU offers us a unique environment, which stimulates foundational research as well as the transfer of research results into applications that have an impact on the economy and society. For us, ELLIS represents a strong link to the top European institutes and scientists in artificial intelligence. But we are also very much open to collaboration with Czech companies and research teams”.

ELLIS is a pan-European effort initiated in 2018. Its central goal is to foster European research excellence in machine learning and related fields by offering scientists outstanding opportunities to carry out their research in Europe, and to train the next generation of young European researchers in this field of strategic importance. It focuses particularly on tackling fundamental research challenges in the field of AI that promote positive economic and societal impacts. At present, research topics within the ELLIS network include fundamental machine learning, computer vision, natural language processing, robotics, human-centric and trustworthy AI, and areas of application such as environmental modeling, autonomous systems design, biology, and health.

The ELLIS units were selected on the basis of scientific excellence by a committee of leading scientists from several different countries. In total, they have committed funding of some 300 million euros for an initial period of five years. Twenty percent of this sum will go toward ELLIS network activities such as student and faculty exchanges and the organization of joint ELLIS research programs and workshops.

About the European Laboratory for Learning and Intelligent Systems (ELLIS):

Established in December 2018 at the Conference on Neural Information Processing Systems (NeurIPS), the European Laboratory for Learning and Intelligent Systems (ELLIS) is a pan-European scientific organization that focuses on research and the advancement of modern AI, which relies heavily on machine learning methods that allow computers to learn from data and experience.

In March 2019, ELLIS established 11 research programs spanning a broad set of areas within modern AI, involving over 100 European researchers.
More information on ELLIS can be found at: https://ellis.eu/